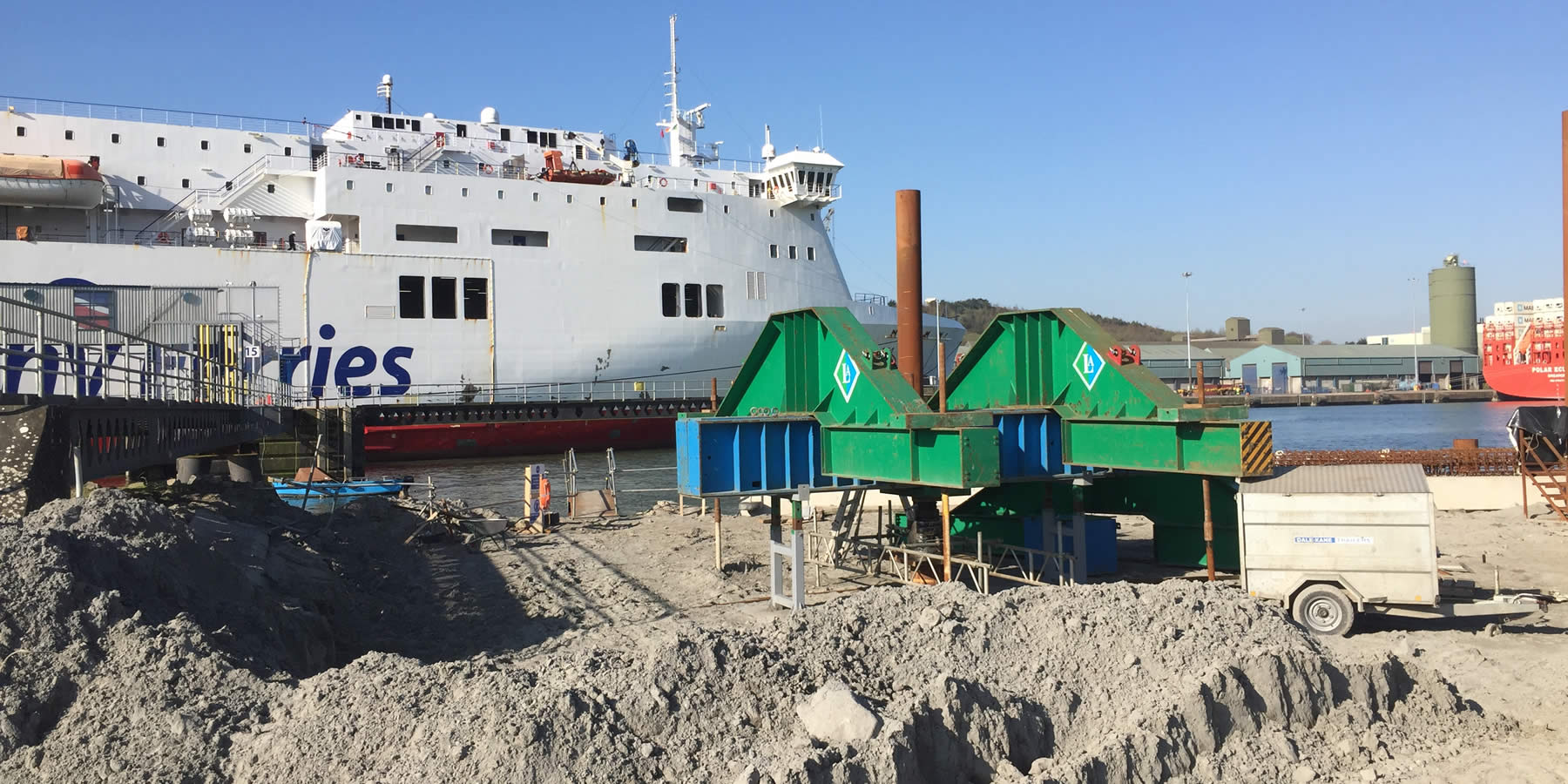 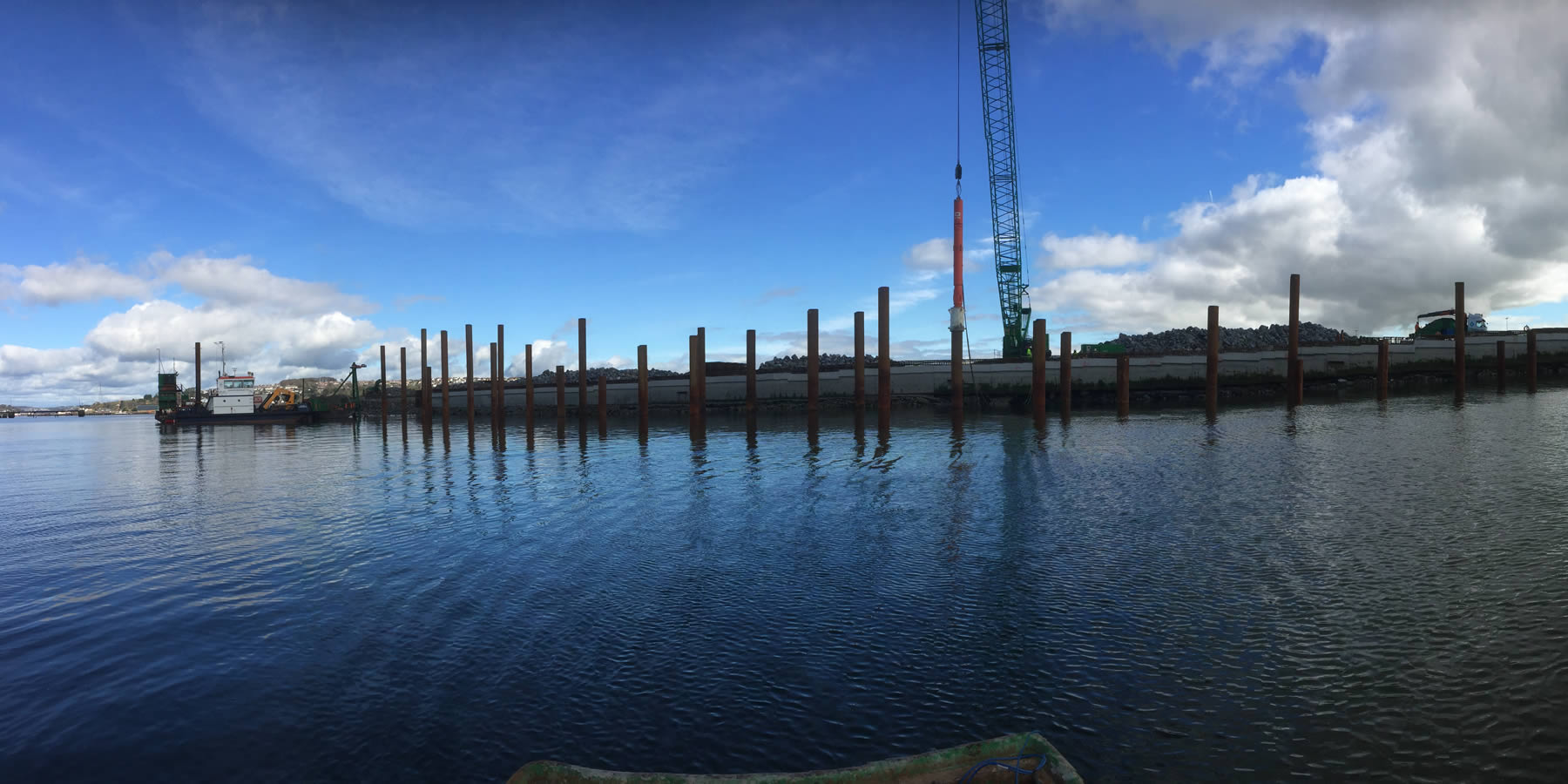 LDG Lloyds Testing were contracted by both Murphy Ground Engineering and Bam Contractors to carryout static, dynamic and integrity testing as part of the redevelopment of existing port facilities at Ringaskiddy, Co. Cork.

Granted planning permission in May 2015, the redevelopment is vital to enabling the Port of Cork to remain competitive and further secure Cork’s position as an international trade gateway. The project’s scope includes enabling the port to accommodate larger vessels and adapt in line with the changing port activities including the trend towards port-centred logistics.

That includes a new container terminal with an initial 360m berth at Ringaskiddy East, internal road improvements and improvements to the external road entrance into the existing Deepwater Berth. The project also includes construction of a new amenity area, new public pier and slipway at Paddy’s Point.

Murphy Ground Engineering undertook all piling works for the new port, designed by Malachy Walsh & Partners, while the live port continued to operate at full capacity.

From the outset, a high rate of top quality pile construction was produced daily, culminating in the installation of 116 concrete bored piles.

Murphy worked closely with the design team and the client to ensure the project was completed to deadline. Bam Contractors are installing the steel tubular piles offshore, implementing a jack up barge and a 12t hydraulic impact hammer.

Beginning in September 2018, LDG Lloyds Testing carried out static, dynamic and integrity testing on the 600/900 diameter bored piles with static and dynamic testing on the steel tubular piles. LDG Lloyds used Bam’s 9t and 12t hydraulic hammers to facilitate the dynamic testing mobilising capacities up to 8750kN on the bored piles and up to 10MN on the steel tubular piles. Both 3MN and 6MN testing beams were used to complete the static load tests.

The versatility and efficiency of Lloyds equipment proved valuable to both Murphy and BAM with multi-disciplined testing being carried out at the same time. Lloyds were also
able to undertake the installation of 16 temporary self-drill anchors to depths in excess of 20m, facilitating the static load testing on the steel tubular piles through its sister company LDG Civils.

LDG Lloyds Testing and LDG Lloyds Civils offers a complete anchor/testing package that gives both piling and main contractors the confidence to proceed with other works.

“LDG Lloyds Testing performed very well on-site and also offered excellent support off-site. All operatives are capable of carrying out the various tests so we were able to reduce the number of mobilisations on site and run different tests on the same day.”

EngineeringTo find out more about this or any other LDG Lloyds Testing project, or to discuss your own, pleasecall Conal McEvoy, Contracts Manager on +44 (0)7929 059 042 or email conal.mcevoy@lloydsdatumgroup.com